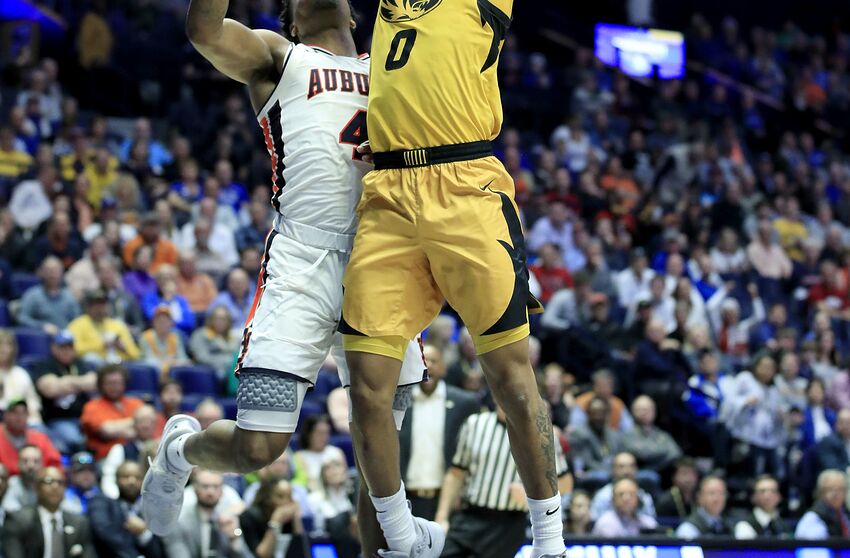 NASHVILLE, TENNESSEE - MARCH 14: Torrence Watson #0 of the Missouri Tigers shoots the ball against the Auburn Tigers during the second round of the SEC Basketball Tournament at Bridgestone Arena on March 14, 2019 in Nashville, Tennessee. (Photo by Andy Lyons/Getty Images)

Missouri basketball returns to the court against SEC-winless Mississippi State.

The Missouri basketball team is coming off its biggest win of the year, and the Tigers must keep the momentum as they travel on the road for an SEC matchup against a desperate Mississippi State team.

The Bulldogs are winless to start the year in conference, losing on a buzzer-beater last week to LSU. They were blown out their other two conference contests, so it’s tough to say which Bulldogs team Mizzou will get tonight. Regardless, it’s a game where the Tigers need to win to show last weekend wasn’t a fluke.

Here’s a look at today’s game:

Where: Humphrey Coliseum in Starkville, Mississippi

How to watch: SEC Network

How to listen: TuneIn

Over/under: 126.5 courtesy of the Action Network

Both teams enter today with identical records at 9-6, but the Tigers picked up a much-needed SEC win against Florida last week, whereas Mississippi State couldn’t get its victory against LSU. The Bulldogs were on the road the last two games, so a return home to Starkville may be just what they need to get into the win column. Hopefully the Tigers make sure that isn’t what happens.

The Bulldogs have plenty of players who can score. Their best player is forward Reggie Perry, who averages a double-double. Perry leads the team with 15.5 points a game and 10 rebounds. He’ll be the go-to player tonight for Mississippi State. Bulldogs guard Robert Woodard II leads the team in minutes and he averages a near-double double with 11.5 points a game and eight boards.

Next up: Missouri stays on the road to play Alabama on Saturday.